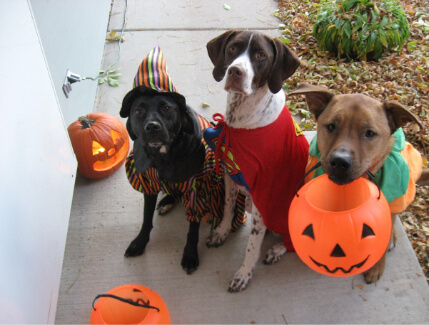 Chocolate may be America’s favorite flavor. We like chocolate candy, ice cream, chocolate drinks, chocolate cakes, just about anything with chocolate. We may want to share our favorite treat with an eager pet but it is best to think twice and reach for the dog biscuits instead.

Everyone who has ever eaten candy knows there are many types of chocolate. Let’s go back to how chocolate is made. Cacao trees are farmed as any other crop, though they grow in tropical regions. The fruit of the cacao tree, called a cacao pod, is sweet and attracts monkeys or other wildlife who eat the fruit but not the bitter seeds. The seeds are discarded in the natural setting, allowing new trees to grow. The seeds cannot be released from the fruit unless some type of animal breaks the fruit open. Ironically, it is the bitter seeds, packed with theobromine and caffeine, which are used to make chocolate. The pods grow directly off the trunk of the cacao tree and must be harvested by hand so as not to damage the tree. The pods are split and the seeds are scooped out and left to ferment under banana leaves for about a week. This turns the cacao seeds a rich brown and creates the chocolate flavor we crave. The seeds are then dried out for another week, packed in sacks, and shipped to chocolate manufacturers. The seeds must be roasted, ground, pressed (which removes the oil of the seed, the cocoa butter that is used in sunscreens, white chocolate, and cosmetics, among other things), and tempered to create an exact consistency.

Sometimes we eat chocolate plain. Sometimes we eat it baked into cakes, mixed into ice cream, etc. Sometimes we share these treats with pets and sometimes our pets share these treats without our permission. As far as pets are concerned, the first potential problem with these sweets is the fat. A sudden high fat meal (such as demolishing a bag of chocolate bars left accessible at Halloween time) can create a lethal metabolic disease in dogs called pancreatitis. Vomiting, diarrhea, and abdominal pain are just the beginning of this disaster. Remember, in the case of pancreatitis, it is the fat that causes the problem more than the chocolate itself.

The fat and sugar in the chocolate can create an unpleasant but temporary upset stomach. This is what happens in most chocolate ingestion cases.

It takes nearly four days for the effects of chocolate to work its way out of a dog’s system. If the chocolate was only just eaten, it is possible to induce vomiting; otherwise, hospitalization and support are needed. It is common for clinics to receive phone calls about pets who were found to have consumed a chocolate product and the owner wishes to know if the amount was toxic. In order to answer such questions, it is be necessary to know the pet's weight, the type of chocolate, and the amount of chocolate. Chocolate calculators are available to most veterinary practices and it can be determined relatively quickly if the pet should be made to vomit immediately.

Send us an email

We Service All of Manhattan